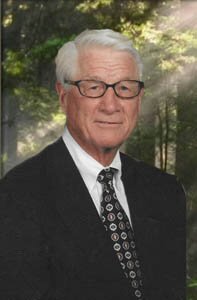 Visitation will be Tuesday, February 1st, from 6:00 P.M. until 8:00 P.M. at The Hamil Family Funeral Home, 6449 Buffalo Gap Road in Abilene, Texas. Funeral services will be held Wednesday, February 2nd , 2022, at 11:00 A.M. at The Hamil Family Funeral Home with Reverend Joshua Youngblood of Little Elm officiating. Committal services will follow at 2:00 P.M. at the Texas State Veterans Cemetery in Abilene, Texas.

James A “Tater” Boynton was born in Winters, Texas on May 18, 1931.  He grew up in Springtown, Texas and graduated from Springtown High School in 1949. After graduation he joined the Navy where he played softball and served in the Korean War. James married Laverne Reynolds on August 24th 1957 and remained in love with her until her death in November 2021. He attended TCU and graduated with a Bachelor of Science Degree in 1959. He spent the next twenty years coaching, with stops in Springtown, Peaster, Huckabay, Azle, and Abilene High. He had a very successful coaching career, taking the Huckabay Indians (1968) and the Abilene High Eagles (1978) to the State Tournament.  James graduated with a Master’s Degree in Education from North Texas State University in 1972.

In 1979, he moved into administration where he served as assistant principal at Lincoln Junior High and interim principal at Jefferson Junior High before becoming the principal at Abilene High School in 1984. From 1989 until 1995, he served as the Athletic Director for the Abilene Independent School District before retiring in 1995.  In all his years in the school business, his greatest accomplishment was the relationships he built with his students, players, and staff, with whom he shared endless wisdom and many funny sayings.

After retiring he became the president of Texas Retired Teachers Association for Region 14 Education Service Center where the membership grew substantially under his leadership.  In addition to his accomplishments at work, he would not hesitate to say that his greatest joy was his job as husband, father, grandfather, and great grandfather.  He loved sharing his passion for hunting, fishing, gardening, and a good poker game with his family and friends.  James was a faithful servant of his Lord and Savior and a faithful member of the First United Methodist Church where he gave generously of both his time and resources.  James and Laverne loved to entertain and made everyone that came into their home left feeling full and encouraged.  In 2016 James and Laverne left their home in Abilene and moved to Waxahachie to live next door to their daughter Kim who diligently and graciously cared for them as they lived out their final days in their own home.

James was preceded in death by his wife LaVerne Boynton, his parents Lawrence Walter and Etta Mae Boynton, and brother Robert Boynton.

To order memorial trees or send flowers to the family in memory of James Allen Boynton, please visit our flower store.