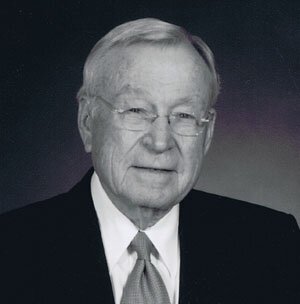 Jack Ridlehoover was born on a farm near Gunter, Texas on October 2, 1930, to W.J. and Sallie Ridlehoover. He married Betty Jo Knight on January 30, 1948. Betty has been his constant companion and supporter for 74 years. He dedicated his life to pastoring and preaching in May 1948. He began pastoring at age 19 and pastored continuously until 1992. In retirement he became President of Ministers’ Mentoring and Consulting Service donating his time as a mentor and consultant to pastors and small churches. He was Interim pastor of 22 churches in his retirement.

He was a 1952 graduate of Baylor University, Southwestern Seminary and was given a Doctor of Divinity degree by Hardin Simmons. He pastored five churches, the last of which was 29 years with Pioneer Drive Baptist Church in Abilene. He served on numerous Boards, Committees and Agencies of the Baptist Convention. He was a published writer in the area of Leadership and Church Administration. He and Betty traveled and ministered in 18 different foreign countries.

His greatest love and joy were his wife and family. He loved his years with Pioneer Drive Church, and the pastors and staff persons he mentored through his Intern program, as well as those he mentored in his retirement.  Bro. Jack was best known and loved for calling all his church members on their birthday each year.

Bro. Jack was a dreamer and a planner. He believed if you can dream it, if it is God’s Will, and if you are willing to work, the dream can come to pass. He considered his life to be a dream come true. He could never believe that a poor orphaned farm boy could be blessed as he was blessed. He was deeply grateful for the people God brought into his life at the right time.

His service of celebration will be at Pioneer Drive Baptist Church, 1:00 p.m., Friday, June 24, 2022. He had requested that some of his “Boys” in the ministry, Dr. Chad Selph, Dr. John Hall, and Dr. Robert Sloan, to lead his service.

In lieu of flowers, please consider a gift to your church.

To order memorial trees or send flowers to the family in memory of Jack Ridlehoover, please visit our flower store.