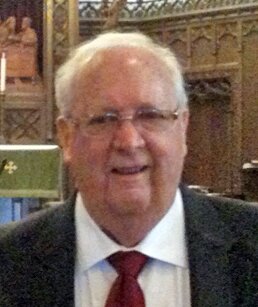 Jack Edward Mergele peacefully passed away while surrounded by family on Saturday, April 23, 2022.  Jack was 94 years of age.

Jack was born on November 13, 1927, in San Antonio, Texas, the child of Frank Walter Mergele and Sarah Elizabeth Stabenow Mergele, German to the core. During the Depression, the Mergeles boarded a young zoologist who helped populate the San Antonio Zoo, one of the oldest in the country.  At times, Jack would come home from school and encounter a variety of animals including monkeys, ocelots, and alligators.  His love for science began early.

His early entrepreneurial endeavors included keeping books for the family finances, getting his parents to pay per weed as he did yard work, and managing a small group of newspaper boys and routes as a young teenager.  These efforts formed his lifelong habits of hard work and independence.

Jack graduated from Brackenridge High School in 1945.  In early 1946, he joined the navy, mostly because they had the best uniforms.  The USS Stentor, an engine repair ship, sailed from Southern California to China with Jack serving as an enlisted shipman. Night watch was often Jack's responsibility, which he turned into the opportunity for an extra meal as he would sneak into the officer's kitchen to cook a fried-egg sandwich. Flip side of that, he was tasked with cleaning out the fuel tanks, a dirty, dangerous job.  These experiences formed the man we loved.

After his service in the Pacific Fleet, Jack used the G. I. Bill to enroll at Texas A&M College.  Jack served in the Corps of Cadets and on the Student Government. He played a vital role in the revival of the A&M mascot and began the Collie tradition with Reveille II. Jack's interest in Oil and Gas stemmed from summer work he did while staying with family near Schertz, Texas.  Jack would say that through sheer determination he earned degrees in both petroleum geology and petroleum engineering.  Before graduation, he was hired as an exploration geologist by Gulf Oil, but he was lured to the West Central Texas area by a job offer from a small independent partnership.  By the end of 1956, Jack was drilling his first wells as an independent oil man himself.  Jack eventually developed prospects in 24 Texas counties for wildcat and development wells.

A humble and private man, Jack loved his life in Abilene. He had an inquisitive mind and was a natural at business. He adopted Abilene. Jack was a founding father of Abilene's Grace Lutheran Church, named for his home church in San Antonio.  Jack served on various community boards to enhance life here.  Most notable was his service to the Hendrick Home for Children.  Jack was instrumental in establishing the Abilene Sailing Association and raised a family of sailors. "The wind is free," he'd say, "and in West Texas there is plenty of it."  Jack and others created Crescent Supply Company and greatly mourned the recent losses of his long-time friends, Jack Frizzell, co-owner, and Scott Tarpley, manager.  Jack took time off from his oil business to purchase open land in far South Abilene for the purpose of designing the  residential sub-divisions Vista Ridge Estates and Mesa Ridge Villas.

Jack was a good-hearted man, kind and generous. Jack and Joy spent many years together enjoying travels and were devoted to family and friends.  We all will greatly miss the sense of humor and distinctive style that was uniquely Jack’s.

Visitation is Sunday, May 1, 2022, from 4 pm until 6 pm at The Hamil Family Funeral Home.  A Memorial Service will be held in the First Baptist Church Chapel at 2 pm on Monday, May 2, 2022.   In lieu of flowers, donations may be made to the charity of your choice.

To order memorial trees or send flowers to the family in memory of Jack Edward Mergele, please visit our flower store.