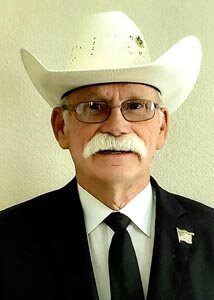 J.C. was born on June 15, 1940, in Abilene to J.C. Welch, Sr. and Katie (Goodrich) Welch. He served four years in the United States Navy , from 1958 to 1962. In 1961, he married Kay McFadin in Downey, CA. He worked as a law enforcement officer for the Department of Public Safety, TABC, and Taylor County Sheriff’s Office. When he wasn’t working, J.C. enjoyed travelling, hunting, fishing, and golfing.

He was a member of the Masonic Lodge Hobah #1394, as a 32nd degree Mason. He also served as a junior deacon, junior warden, and past worshipful master of the lodge, and was in the Provost guard shooting club.

He was preceded in death by his parents, brother Larry Joe Welch, and sister Judy Tate.

In lieu of flowers, donations may be made to Abilene Meals on Wheels, Shriners Children’s Hospital, or a charity of the donor’s choice.

To order memorial trees or send flowers to the family in memory of J C Welch, please visit our flower store.