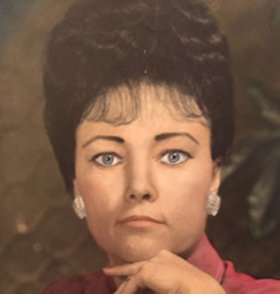 The daughter of Ila Ruby (Sadler) and Charlie Orbin Purcell, she was born on March 19, 1938 in Cross Cut (Brown County), Texas. The majority of her life was spent in Taylor County, Texas. She married Leon Naron on July 25, 1968 in Abilene.

Ila was an accomplished author, having written several books and articles, and was a member of Writers Guild in Abilene and the Business and Professional Women’s Association.  She worked in the country music industry as a singer/songwriter and recorded several songs.  She loved to dance, both country western and square dance.  Ila was a member of First Baptist Church - Buffalo Gap, and Order of the Eastern Star, and had been a massage therapy instructor.

Ila was preceded in death by her parents, and by her husband Leon Naron on February 24, 2015.

To order memorial trees or send flowers to the family in memory of Ila Mae Purcell Naron, please visit our flower store.