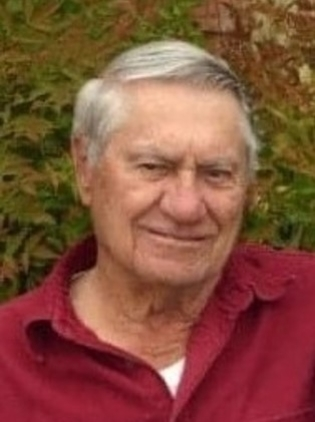 Graveside services will be held at 2:00 p.m., Sunday, February 21, 2021 at the Merriman Cemetery south of Ranger, Texas. Services are under the direction of The Hamil Family Funeral Home, 6449 Buffalo Gap Road.

Hugh was born on July 19, 1926 in Sidney, Texas to Bertha (Helm) and Codie Pittman. He and Betty Fern Higdon were married on December 25, 1948 in Trent, Texas. Hugh and Betty moved to Abilene in 1955 from Ranger. He was baptized by his brother-in-law at Belmont Baptist Church. Betty preceded him in death on January 27, 2015, after 67 years of marriage.

Hugh was also preceded in death by his parents and two brothers, Raymond and Coy Pittman and a son-in-law, Hugh Nixon.

Hugh served in the US Army during WW 2. After his discharge and move to Abilene, he worked as a sales representative in the home improvement and tools departments for Sears for 30 years. He and Betty, as well as their entire family, spent many wonderful years at their cabin at Lake Cisco.  Hugh was a man who loved the outdoors. He enjoyed fishing, hunting, woodworking, and playing billiards. He was a longtime member of the Abilene Archery Club and he won the State Championship in Archery in 1999.

Special thanks to Hendricks Hospice and Northern Oaks for their care of Hugh.

To order memorial trees or send flowers to the family in memory of Hugh Pittman, please visit our flower store.