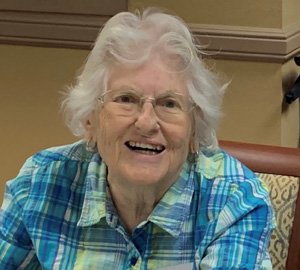 Helene Pauline Noller Grosskopf, 89 of Abilene, Texas passed away June 27, 2021.  Family was with her, and Hospice made her comfortable at her passing.  Visitation and a memorial service will begin 1:30 pm, Tuesday June 29th at The Hamil Family Funeral Home, 6449 Buffalo Gap Road.

Helen was born in Bronx County, New York City, in July of 1931 to Wilhelm Noller and Helena Krieg. The family moved to Ossining, NY where Helen enrolled in elementary school.  She graduated from Ossining High School. She met Elliot Baldwin Hunt Jr. at choir rehearsals and later married him.  They raised three children in Randolph Township, New Jersey.  Helen worked at the Morris County Superior Court as a Senior Court Clerk where she had a reputation as being infallible.

After her children left home Helen divorced Elliot.  A few years later she met John George Grosskopf and they married in August 1981.  They moved to Sterling Colorado where they operated the Blue Bird Motel.  After several years, they moved to Denver where Helen was able to develop her social services skills.  She worked for the City of Denver in the CHIPS program, helping young mothers learn the care and nutritional needs of their newborns.

During World War II Helen’s father was an air raid warden.  When the siren would sound Helen’s, job was to run upstairs, open the window and determine if it was the air raid siren or the siren at Sing Sing prison.  Her wit and personality were well known: she charmed everyone she came in contact with. She was long term member of the League of Women Voters.

She spent several years residing at Lyndale Senior Living where she was a fixture with her labradoodle dog Scout.

She was preceded in death by her husband John Grosskopf, her parents Wilhelm and Helena Noller, her sisters Louise Bean, Marion Festa, and Gertrude Pearson and her son-in-law Edward Wood.

The family wishes to extend our sincerest thanks to  Lyndale Memory Care, and Big Country Hospice.

To order memorial trees or send flowers to the family in memory of Helen Pauline Grosskopf, please visit our flower store.