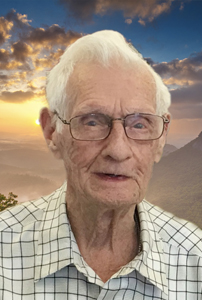 Guy Leland Mattingly, Jr., 97, passed away on January 3, 2021 at his apartment home in St. Joseph Village, Coppell, Texas. A graveside service will be held at 12:00 pm Thursday, January 7 at Elmwood Memorial Park. Services and arrangements are under the direction of The Hamil Family Funeral Home, 6449 Buffalo Gap Road. Guy was born on December 17, 1923 to Guy Leland and Hazel Shanahan Mattingly, in Greenville, Mississippi. He attended the University of Mississippi and was a member of the Delta Kappa Epsilon fraternity. He married Sandra Merle Johnson in 1951 while serving as a lieutenant in the US Army at Fort Hood, Texas. They spent the next 20 years traveling and raising a family in the US Army. Guy was assigned to Germany on two separate tours of duty where three of their five children were born. Guy enlisted in the US Army and served in France and Germany with the 271st Infantry Regiment of the Fighting 69th Division from May 1943 until May 1945. He was recalled to active duty and commissioned as an Officer during the latter part of the Korean War. He retired from active duty in 1968 at the rank of Major. Guy earned the following medals during his 20 plus years of service in the US Army: Combat Infantryman’s Badge, Bronze Star Medal, Army Commendation Medal, Presidential Unit Citation Ribbon, European Campaign Medal, American Theater Campaign Medal, National Defense Service Medal with First Oak Leaf Cluster for Korea and for Vietnam, Armed Forces Expeditionary Medal, Armed Forces Reserved Medal, World War II Victory Medal, Korea Service Medal and Army of Occupation Medal. He also worked as an insurance agent in the Abilene area for many years after his retirement from the military. Guy was a devoted family man and faithful servant of the Catholic church. He was well known for his quick wit and sparkle in his beautiful eyes. He never missed a chance to attend Mass wherever he was. Guy was preceded in death by his parents, Guy Leland and Hazel Shanahan Mattingly, wife Sandra Mattingly, son Guy L. Mattingly, III (Trey) and his sister, Lola M. McGee He is survived by his sister, Mary Hazel Weissinger of Cary, MS, children: Pat Mattingly of Abilene, Texas, Tim and Shannon Mattingly of Carrollton, Texas, Greg and Leisha Mattingly of Garland, Texas, Tisha and Craig Smith of Abilene, Texas, Grand children: Robert Mattingly of Carrollton, Texas, Liz and Noah Ryan of Wylie, Texas, Ashley and John Bychkowski of Frisco, Texas, Mark Mattingly of Garland, Texas, Trey Smith of Abilene, Texas and Halle Smith of Abilene, Texas Great grandchildren: Nick and Peyton Ryan of Wylie, Texas. The family wishes to thank the wonderful staff at St. Joseph Village in Coppell, Texas for their loving care they have given Guy during the last few years. In lieu of flowers the family requests donations be made to the charity of your choice.
To order memorial trees or send flowers to the family in memory of Guy Leland Mattingly, please visit our flower store.