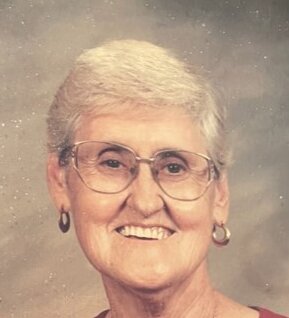 Guadalupe C. Sanchez, 87, of Abilene, passed away Monday, March 21, 2022 in Abilene. She was born in Mexico on March 30, 1934 to Bernado and Maria Cardona. Visitation will be from 6-8 pm on Friday, March 25, at The Hamil Family Funeral Home, with a rosary beginning at 7 pm. Funeral Mass will be at 10:00 am on Saturday, March 26, at St. Francis Catholic Church, with graveside services following at 1:00 pm in the Coleman City Cemetery. Services are under the direction of The Hamil Family Funeral Home, 6449 Buffalo Gap Road.

She married Pedro Sanchez on March 5, 1952 in Coleman, and in 1959 they moved to Abilene, where they became members of St. Francis Church. She served in various capacities at the church, such as a Guadalupana, serving in prayer groups, the kitchen ministry, and as a minister of communion. Guadalupe also served as a Cursillista in the Cursillo – a member of a group that partakes in the grace of God.

She was preceded in death by her parents, and her husband Pedro in 2013.

To order memorial trees or send flowers to the family in memory of Guadalupe C. Sanchez, please visit our flower store.