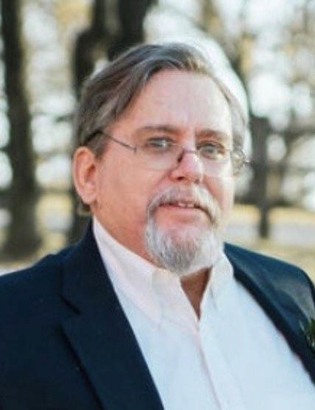 Gordon George Asbury, III, 57, passed away on February 26, 2020, at his home, which was the center of life with his family. Gordon was born in Abilene, Texas, to Gordon and Janice Jennings Asbury on April 1, 1962. A funeral service honoring Gordon’s life will be held Monday, March 2, 2020, at 10:00 a.m. at Pioneer Drive Baptist Church in Abilene with burial following at Elmwood Memorial Park, 5750 U.S. Hwy 277 South. Services are under the direction of Hamil Family Funeral Home, 6449 Buffalo Gap Road, Abilene. As a small child, Gordon’s sister, Elizabeth, called him “Bubba” in her effort to say “brother”, and it became his name to family and close friends. Gordon’s life was characterized by faith and love for his family and country. He was known for his personal and professional integrity. When Gordon was seven years old, the Asbury family moved to Quail Hollow Farm, where every day was a new outdoor adventure. Gordon worked alongside his dad building barns and fences, hauling hay, and planting and harvesting. He became accomplished in woodworking and mechanics, to the extent of rebuilding a ’55 Chevy as a teenager. Gordon’s love of animals was enriched with dogs, horses, cattle, and pigs. Wherever he was on the farm, his faithful dogs/companions were wagging tails as they walked or ran by his side. For fifteen years of his adult life, Bubba and his black lab, Sam, were inseparable partners in hunting, fishing, and other outdoor adventures. Gordon became an expert horseman, riding in Playdays and 4H activities in his younger years. Sonny, his most loved horse, brought in many blue ribbons and trophies. Along with horse shows, Gordon showed Durocs in 4H stock shows, taking his pigs beyond the Taylor County shows and traveling greater distances. Wylie Bulldogs saw Gordon on the playing field. He loved the camaraderie and competition of team sports, with football being his favorite. He played the position of running back in high school and, for a short time, for the Baylor Bears. Gordon had numerous academic accomplishments. He graduated from Wylie High School in 1980 and immediately enrolled in Baylor University, where he received a BBA in 1983. Following in his father’s footsteps, he continued his education at Baylor University School of Law, where he graduated summa cum laude in 1986 receiving a Juris Doctor. Upon graduation from law school, he started his first professional job with Strasburger & Price, LLP working with this firm until 1990. After an 8-year courtship, Gordon married his high school sweetheart, Aloma Mokry, on December 29, 1987, and they began their life together in Dallas. They started their family with the birth of their first son, Andrew, in 1989, followed by Bryan in 1991 and Caleb in 2002, making the family “My Three Sons.” Valuing family and country life, Gordon made the professional decision to return to his roots in Abilene to practice law. He joined with his dad to form Asbury and Asbury, LLP. They were partners until his dad’s death in 2009, when the firm name returned to Asbury Law Firm, LLP. So their boys could be blessed by all the joys of farm life that Gordon had cherished as a child, he and Aloma built their existing home on land they purchased, which adjoined the family farm where he was raised. Gordon shared his love of nature and God with his three sons, passing along his knowledge and skills of hunting, camping, fishing, golfing, whittling on wood, water sports, horseback riding, and countless other outdoor activities that come along with country life. Their family camping excursions ranged from a tree house in the back yard to the mountains of Colorado. Gordon was a man of few words, but his interests were unlimited. He was a great storyteller and writer. He shared his father’s love of World War II history and passed that along to his wife and boys. He had a passion for aviation, which led to his getting a private pilot’s license and building and flying remote controlled airplanes. Being an outstanding mechanic, he guided his son Andrew in rebuilding a 1970 Mustang Mach 1, one bolt one at a time. Gordon was preceded in death by his 21-year-old son, Andrew, and his father, Gordon, Jr. Survivors include his wife of 32 years, Aloma, son Bryan and wife, Mykala, and son Caleb, all of Abilene. He is also survived by his mother, Janice Jennings Asbury of Abilene, and sister, Elizabeth Sims and husband, Dean, of Colorado Springs, Colorado, and their children, Jacob Sims and wife, Rachel, and Sarah Sims. Also, he is survived by other extended family members including his aunt, Barbara Jennings of Belton, his uncle, Larry Asbury of Dallas, sisters-in-law, brothers-in-law, nieces, nephews, and cousins. Pallbearers for Gordon will be Brian Davis, John Edwards, David Hambrick, Rhome Hill, Frank Jennings, Benny Kothmann, Kirk Massey, Terry Monroe, Tommy Stoneham and Dewey Townsend. Honorary pallbearers will be Jim Huguenard and Jose Carreon. Those wishing to honor Gordon’s memory with memorial gifts can do so with donations to the Andrew Asbury Memorial Scholarship Endowment at Texas Tech University Systems, PO Box 45025, Lubbock, Texas 79409 (give2tech.com//?fid=T8719N4) or the Admiral Nimitz Foundation at 340 E. Main St., Fredericksburg, Texas 78624.
To order memorial trees or send flowers to the family in memory of Gordon George Asbury, III, please visit our flower store.