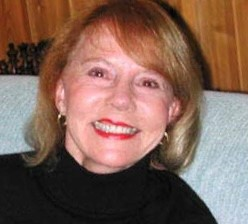 Gail Wanda Preusse Tobin passed away peacefully on January 19, 2022 in Abilene Texas. A memorial service will be held at at 10am on Thursday January 27th at Temple Mizpah in Abilene led by Rabbi Dan Gordon of Temple Beth Torah, Kingwood TX. Gail was born to Harry and Wanda Preusse on December 28, 1938, in New York City. She was reared in Washington, DC with her sister Janice, spending time together riding bikes and playing with matching Raggedy Ann dolls. Gail was outgoing and studious in high school. After working for the US State Department, she matriculated into Penn State College and ultimately received her bachelor's degree from Douglass College (Rutgers University) in 1961. She later received a master's degree in Guidance and Counseling from Hardin Simmons University. She married Howard Tobin in Washington DC on August 28, 1961 Gail and Howard had three children during Howard's time in medical training in Virginia and Texas, and during their time at Dyess Air Force Base. Gail was beloved and respected as a sister, daughter, wife, mother and teacher. She craved knowledge and was a voracious reader. She particularly loved words. Her favorite game was, of course, Scrabble. These family games were competitive and always full of laughter. She was sometimes vexed when she lost a game, while she dearly held a Q and X, hoping to put "quixotic" on a triple word and triple letter square. Her love of words was particularly suited to being an SAT Verbal tutor to countless high school students in the 1980s— helping to raise their SAT scores and improve vocabularies. Her family often joked that having a dictionary handy was helpful when chatting with Gail. She was a proud member of Mensa. Gail was a cub scout den mom, a theatre mom, and a tennis mom. She was adventurous and curious. She ran the Temple Mizpah gift store and religious school for many years. She was an avid tennis player, scuba diver and skier. She had a pilot's license, and she and Howard traveled extensively. Gail subscribed to obscure travel newsletters (decades before Google) to find remote places to visit. Her knowledge of geography was remarkable. She also loved crafting— sewing, knitting, embroidery, and jewelry-making; and vending her wares at craft shows was a favorite pastime. Above all Gail was a rock and a source of love, nurturing, and sometimes tough honesty to her husband and her family. She embodied propriety and was always there to give thoughtful and sage council and support to her family. Gail had a very close relationship with her mother-in-law Madeleine. Gail was Howard's biggest fan— they called each other "Bunny Rabbit." Her capacity to remember faces and names was extraordinary which made her diagnosis of Alzheimer's dementia particularly sad. Even still, Gail had a full and joyous life and will be dearly missed by her family and friends. Gail was preceded in death by her beloved daughter Tracy Johnson, and her parents and mother-in-law Madeleine. Gail is survived and mourned by her husband Howard; children: Evan Tobin and Jill Rosson; sister Janice Pitts; grandchildren: Tobin Johnson, Maddy Johnson, Abby Johnson, Sophia Tobin, Noah Tobin and Hannah Rosson; and children-in-law: Tracy Johnson, Rob Rosson and Christa Tobin. The Tobin family wishes to give special thanks to Rachael Valfre and the amazing staff at Lyndale Memory Care for their humanity, care, and patience as well as to Hospice of the Big Country for their wonderful care and attention. In lieu of flowers, donations may be made to Friends of the Israeli Defense Forces, Temple Mizpah, Hospice of the Big Country, or your favorite charity.
To order memorial trees or send flowers to the family in memory of Gail Wanda Tobin, please visit our flower store.