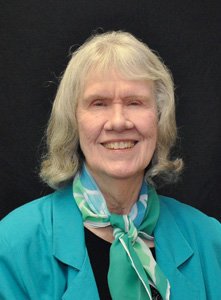 Frances Lee Harris was born to Myrtle Lou Peel and Garvin Brank Harris on Sept. 1, 1942 in San Antonio, Texas, the middle of three sisters. She graduated from South San High School in May 1960 and married Bernard Anthony Tetreault, who was enlisted in the U.S. Air Force, on May 11, 1960 in Pleasanton, Texas. They had two children, Laura Lea and Phillip Jay. Bernard died on March 5, 1975 for injuries sustained in a fall a month earlier.

Frances found new joy in life when she married Samuel “Sammy” R. Brooks on Feb. 6, 1979 in San Antonio, Texas. After he retired from a 39-year career with Sears in San Antonio, the two eventually moved to Abilene. He died on Aug. 2, 2012, in Brownwood, Texas.

Throughout her life, Frances worked a variety of jobs, including in food service, health care and retail. She retired as a clerk from USAA Insurance in San Antonio. She most recently was a member of Wylie Church of Christ in Abilene.

Frances enjoyed sewing, reading, traveling and visiting with others during celebrations, illnesses and hard times. She especially cherished spending time with her grandchildren.

In addition to two husbands, Frances was preceded in death by her parents and older sister, Evelyn White.

To order memorial trees or send flowers to the family in memory of Frances Tetreault Brooks, please visit our flower store.