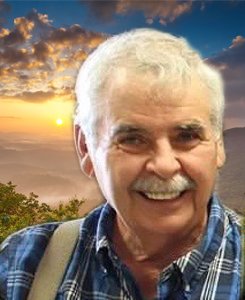 Funeral services will be at 10 am on Tuesday, October 8th at Oldham Lane Church of Christ, 5049 Oldham Lane, with Rob Hailey and Murphy Rhoads officiating. Burial will follow at Round Mound Cemetery in Hamby, Texas. Services are under the direction of The Hamil Family Funeral Home, 6449 Buffalo Gap Road. Pallbearers will be Colby Caton, Kyle Messina, Ryan Messina, Jerrell Watts, Garrick Caton, Alex Caton, Andy Robinson, and Shawn Lewis.

Forrest was born on January 30, 1951, to William Brownlow and Lillie Mae Box Caton. He was the youngest of their children and grew up on the family farm in Hamby, Texas. He attended Eula High School, Cisco Junior College, and Tarleton University. After graduation from Tarleton, he moved to Lubbock and worked for DeKalb as a farm manager. On March 19th, 1977, he married the love of his life, Brenda Holloway. They returned to the Abilene area in 1979 and raised two daughters. In 1995 they moved to Potosi, and Forrest began growing a yearly garden, gifting family and friends with its bounty. For forty years, he farmed with his brother, Thomas, and they grew cotton, wheat, and yearling cattle in the Hamby and Potosi area. Forrest loved seeing people smile and was known for cracking jokes, telling stories about the little feller, and making a friend everywhere he went.

To order memorial trees or send flowers to the family in memory of Forrest Low Caton, please visit our flower store.