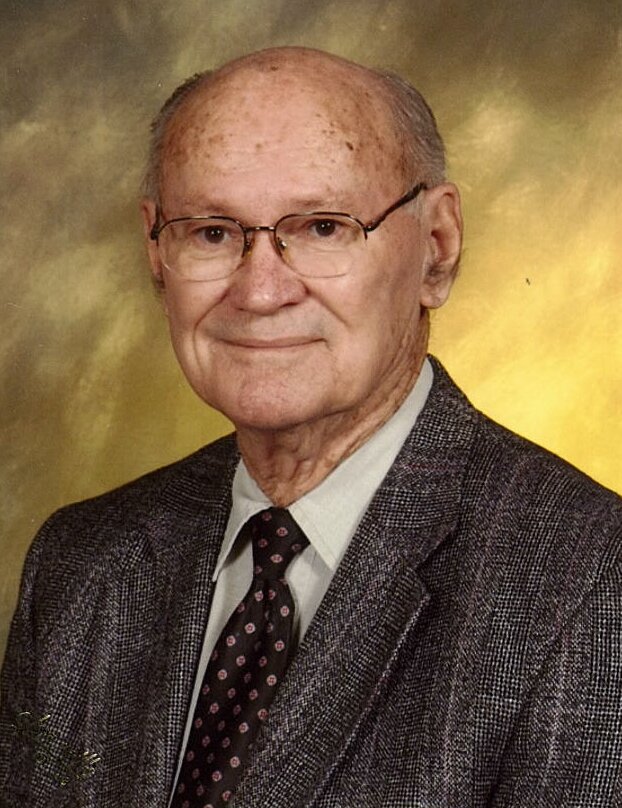 On March 15, 1932, Flakie R. DeLay, Jr. was born to Flakie R. Delay, Sr. and Winnie Huckabee DeLay in Dublin, TX. He passed from this life on March 7, 2022, at the age of 89, eight days before his 90th birthday. Flakie became a Christian at the age of 12 in Brownwood, TX, and was a member of Pioneer Drive Baptist Church in Abilene. He studied architecture at A&M, where he discovered his blood was maroon rather than red.

After college, he joined the United States Air Force, spending his time in California. When he left the Air Force, he moved to Abilene, where he met his future wife, Margaret Morris. Their 61st anniversary was October 2. Flakie was employed at Dyess Air Force Base in the Civil Engineering department. As you drive around the base and see buildings with a more updated look, those were the ones he designed or remodeled. He retired after 34 years.

He had two children who he loved to spoil, Virginia DeLay Beaudoin and Elizabeth DeLay Raymond. Their husbands, Charles Beaudoin and Casey Raymond, passed the test to be competent enough to look after “his girls.” Flakie’s most precious heirs were his three grandchildren. Because of them, he had more children to spoil. Their Poppy saw to it that they were well cared for. Austin, Lauren, and Landon Beaudoin gave him so much pleasure and so much love.

Flakie’s sister, Patricia DeLay Naegele and a niece, Debra Nagele Wilson of Lucas, KS preceded him in death. Along with his wife, children, and grandchildren, he is survived by nephews, Greg Wilson, Dustin, Michael, and Scott Naegele, Ross, Morris, Scott & Blake Todd

The family will be holding a private memorial service at a later date.

In lieu of flowers, donations can be made to The Former Student Association at Texas A&M University tx.ag/FlakieDeLay .

To order memorial trees or send flowers to the family in memory of Flakie R. DeLay, please visit our flower store.