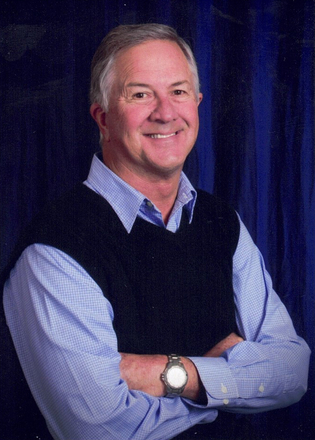 Elvin Lynn Bowman, 66 of Abilene, passed away on June 11, 2020 at his home. Visitation will be 5-7 PM on Tuesday, June 16 at Wylie Baptist Church. Funeral services will be held at 10 AM Wednesday June 17 at Wylie Baptist Church with Phillip Thomas and Mike Harkrider officiating. Burial will follow at Elliot-Hamil Garden of Memories. Services are under the direction of The Hamil Family Funeral Home, 6449 Buffalo Gap Road. Elvin was born in Abilene to W.A. and Mary Bowman on October 19, 1953. He was a graduate from Cooper High School and TSTI where he received his HVAC certification. He married Patti Copeland in 2004. He was owner/operator of Bowman Air and Heat. He served as a Deacon at Wylie Baptist Church and worked with the Texas Baptist Men. Elvin was a man who loved his family and friends, but he was defined by his faith in God. His steadfast faith through the challenges of life will remain his lasting legacy. Elvin was preceded in death by his wife, Brenda Bowman and daughter, Christy Clark. His parents W.A. and Mary Bowman. Elvin is survived by his wife Patti Bowman; his daughter Molly Thomas and husband Phillip of Elgin, his son-in-law Randy Clark and wife Courtney of Cisco; his son Matt Smith of Abilene; his daughter Lacy Reeder of Abilene; Sisters Joan Millican and husband Larry of Abilene and Mendy Stogsdill and husband Steve of Tuscola; 11 grandchildren, Kaylee, Reese and Becca Thomas of Elgin; Brant and Brenlyn Clark of Cisco; Carson, Callie, and Corley Kate Cochran of Cisco; Cooper Smith of Abilene; Blain Reeder and Tucker Zabloudil of Abilene. Pallbearers will be Gary Milliorn, Terry Beal, Clyde McMinn, Mark Reeder, Steve Stogsdill and Larry Millican. Memorials may be given to Wylie Baptist Church Building Fund. The family wishes to thank family, friends and Church family for their outpouring of love and support.
To order memorial trees or send flowers to the family in memory of Elvin Lynn Bowman, please visit our flower store.