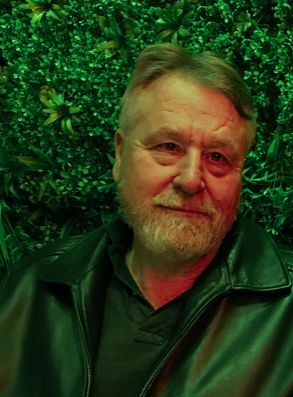 Funeral services will be held at 2:30PM on Saturday, April 9th, 2022 at Abilene Regional Airport EAA Hanger (Fed-Ex side) with Dave Hall, beloved cousin of Eddie, officiating. As the family has chosen to cremate and spread ashes over several places that Eddie was fond of, there will be no burial service following. Attendants will be invited to partake in visitation immediately following the service to take place in the Hanger.

Eddie Stash was born in Wichita Falls to John F. Stash and Mitzi Morrisset on September 24, 1953. He graduated from Abilene High School and received his continuing education at McMurry University and Southern Miss. He married Jean Alfonso on May 28, 1977 in Harrison County, Mississippi. Jean and Eddie were married for 44 years and Jean was the absolute love of his life. He was a devoted husband in every sense, and instilled the values of commitment, loyalty and dedication in his children as he exhibited the ultimate sacrifices that come with marriage and family. Eddie was an entrepreneur, a skilled craftsman, and an avid pilot. He provided for his family in creative and oftentimes, spectacular ways. Eddie loved to travel the U.S. and sought adventure in all areas of his life; he raised his kids on the back of a motorcycle, the cockpit of an airplane, and sometimes hanging off a cliff! As a pilot, he was involved in the EAA with thousands of flight hours and friendships from fellow pilots that kept him young and wild.  With his father, John Stash, he built and developed Abilene Executive Airpark. As a father, his children learned by his example and he never missed an opportunity to teach life skills or hard lessons. Lovingly referred to as "Pop Pop," his grandchildren were to be protected and cared for in all the ways only a wise man could.  Eddie did not fear the future, but embraced the possibilities of the days to come.

Eddie was preceded in death by his mother and father, John Stash and Mitzi Morrisset.

Memorials may be made to the Recreational Aviation Foundation (theraf.org) continue his love for aviation and the aviation community that was such a large part of his life.

To order memorial trees or send flowers to the family in memory of Eddie Don Stash, please visit our flower store.