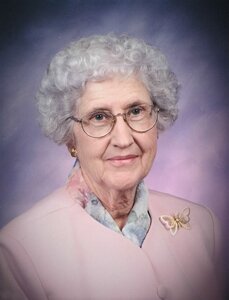 Dorthy Louise Reagan Dawson passed away peacefully after a brief illness on December 21, 2021.

The family will receive friends and loved ones during a visitation on Sunday, January 2, 2022, from 4 pm until 6 pm at The Hamil Family Funeral Home, 6449 Buffalo Gap Road. A Celebration of Life will be held in the sanctuary of First Baptist Church, 1333 N. 3rd on Monday, January 3, 2022, at 1:00 pm. There will be a private family burial.

Dorthy was born in a farmhouse near Lometa, Texas on December 2, 1928. She was the 7th and youngest child of Archie James Reagan and Elizabeth Delila Thornal Reagan. Her early years growing up in the Great Depression were difficult; her father broke his back in a farm accident and her mother died when she was 12 years old.

Dorthy moved to Georgetown, Texas her junior year of high school and graduated as the valedictorian of the class of 1946. She was actively involved with the youth group at First Baptist where she met the love of her life, partner, and loving husband of 69 years, George Albert Dawson. In 1949, she enrolled in nursing school at the University of Texas at Austin.

She and George both graduated in 1952 and were married on August 14, just in time for George to enroll in medical school in Dallas. There, she worked as a nurse at Parkland Hospital. They welcomed the arrival of their first child, Dell Rennan Dawson, on Christmas Day, 1954.

In 1957, they were stationed at Cannon Air force Base in Clovis, New Mexico, where they welcomed the arrival of their second child, George Steven Dawson.

Due to the special needs of their first daughter, they requested a compassionate transfer to Dyess Air Force base in Abilene, Texas where they could utilize the resources of the West Texas Rehabilitation Center.

In 1960, Lyndal Louise Dawson, was born and in 1963, their last child, John Martin Dawson arrived.

Dorthy was a tireless servant, willing to take on any challenge. She filled in as a nurse, receptionist, and office manager in George’s medical practice as needed. When the family moved to Mbeya, Tanzania to serve on the mission field, Dorthy taught school for the children. She managed the books, worked cattle, and broke ice on the stock tanks on cold winter mornings for the family cattle operation.

Dorthy’s servant heart extended well beyond her immediate family. She volunteered in the PTA, Girl Scouts, and Cub Scouts. Dorthy was actively involved at First Baptist Church, teaching Sunday School classes, serving on committees, and volunteering in the Women’s Missionary Union. She was a good friend to missionaries and international students from around the world. Dorthy made hospital visitations and anonymously delivered food, clothes and other necessary items to people who could not afford them.

Dorthy was preceded in death by her brothers: Raymond, Howard and A.J., and sisters: Blanche, Maydell and Artice. She is survived by her husband, George, her 4 children: Dell Rennan Dawson of Abilene, George Steven Dawson of Telluride, Colorado, Lyndal Louise Dawson Edwards of Georgetown, Texas, and John Martin Dawson of Abilene, Texas. She is the grandmother of 12 grandchildren and 7 great grandchildren.

Dorthy was a remarkable woman - generous, patient, and kind-hearted. Her life was marked by sacrificial love and service grounded in her faith and hope in her Lord and Savior Jesus Christ. With a quick-wit and a warm smile, she was loved by all who knew her. She will be deeply missed and fondly remembered.

In lieu of flowers the family suggests donations be made to the West Texas Rehabilitation Center or the Hospice of the Big Country.

To order memorial trees or send flowers to the family in memory of Dorthy Louise Dawson, please visit our flower store.