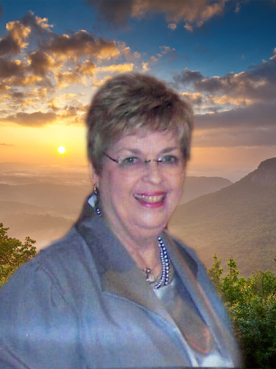 Dorothy was born in Abilene, Texas to Morris and Ray Lindsey on April 3, 1935. She died on March 4, 2021 at her home in Abilene. Viewing will be at The Hamil Family Funeral Home on Sunday and Monday March 7-8 at the funeral home at 6449 Buffalo Gap Road in Abilene, Texas. Graveside services will be held at Elmwood Memorial Park on Tuesday, March 9, 2021 at 11:00 A.M. Dorothy attended Abilene Wylie Schools all twelve years. She graduated from Wylie High School in 1953 and attended McMurry College. She married her high school sweetheart, Stanley Whisenhunt, on July 2, 1953 at Fairmont Methodist Church. She worked at the Texas Highway Department for thirty-six years. She was executive secretary to the district engineer. Dorothy was an artist and produced many beautiful pieces of art. Additionally, she taught art lessons at her home studio, at Studio 13 in Abilene, as well as many classes in state and out-of-state including New Mexico, South Carolina, Nevada, Oklahoma. She won many awards and was chosen to paint a Christmas ornament which hung on the 1998 White House Christmas tree. Dorothy won acclaim by being the first American artist to win first place in an international award for the United States in winning over Japanese artists for the prior seven years. The three top winners in the contest pieces went to different heads of state at the Mid-East Conference. Dorothy's went to Arafat. Dorothy was preceded in death by her husband, Stanley, and her parents Morris and Ray Lindsey. Also, her sister, Gloria Maines of Richmond, Indiana along with her brother Morris D. Lindsey, Jr. of Abilene, Texas. Survivors include sister-in-law, Tommie Jo Lindsey, brother-in-law Bob Whisenhunt of Cleburne, Linda Yates and Marilyn Patton of Richmond, Indiana, nephew Morris Lindsey, Abilene, Kelli Anderson, Cleburne, nephew Ryan Whisenhunt of Plano and niece Wanda Lindsey of Hurst and numerous great nieces and nephews. Special friends include Craig and Sandy Fullerton, Abilene; Renee Hicks, Buffalo Gap; Joey Light, Abilene; Val Dean, Randi Williams and the Wednesday supper gang. Memorials may be given to: Camp Able, P.O. Box 695, Buffalo Gap, TX 79508. The family wishes to extend sincere thanks to her doctors: John Cole, Robert Leverton, Vincent Van Acht, Hayan Moualla and Hospice of the Big Country.
To order memorial trees or send flowers to the family in memory of Dorothy Lanell Whisenhunt, please visit our flower store.