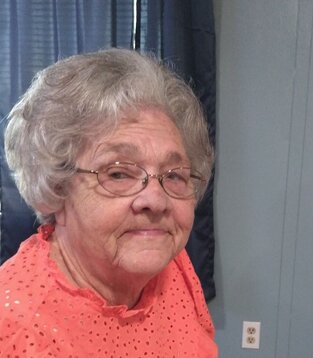 Dorothy Underwood, 78, of Abilene, passed away on February 18th, 2022 in Abilene. Visitation will be 6:00-8:00 P.M. Monday February 21st 2022 at The Hamil Family Funeral Home. Funeral services will be held at 2:00 Tuesday February 22, 2022 at Broadview Baptist Church with pastor Wes Terry of Broadview officiating. Burial will follow at Cedar Hill Cemetery. Services are under the direction of The Hamil Family Funeral Home, 6449 Buffalo Gap Road. Dorothy Underwood was born in Hamlin, TX to Carl and Rozell Brubaker on January 10, 1944. Her Dad was in the Army and she attended school all over to where they came back to Abilene and she graduated from Abilene High School. She married Elden Underwood on June 2, 1967 in Abilene, TX. She worked for AISD as a cafeteria worker at Regan Elementary for 20 years and after retirement she helped her husband hauling sand and gravel for Underwood sand and gravel. Dorothy was preceded in death by her parents, husband Elden, son Craig and sister Rosa Lee Walker. Dorothy is survived by son Eric Underwood and spouse Nova of Abilene, Daughter Gwendolyn Underwood of Abilene, sisters Carol Wall of Tulsa, OK, Mary Heirman and spouse Alan of Albany, TX, Sherrie Dawson and spouse Louis of Seguin, TX, Grandchildren Kardi and fiancé Cameron of Round Rock Tx, Faith and fiancé Jayce of Genoa, OH, Seth of Natchitoches, La, Evan and Owen of Clyde, TX, and Kassidy of Abilene, TX. Great grandchildren Juniper and Rose Mary of Round Rock, Tx and numerous nieces and nephews. Pallbearers will be Evan Underwood, Owen Underwood, Dylan Rhodes, Cletus Campbell, Rusty Coffman, and Stephen Kayga.
To order memorial trees or send flowers to the family in memory of Dorothy Faye Underwood, please visit our flower store.