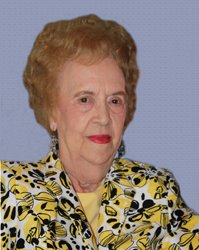 Dorothy Cook Harper, beloved mother, grandmother and friend, age 96, passed away on July 21,2019.  Funeral services will be held at 10:30 a.m. on Saturday, July 27, at Wylie Baptist Church, followed by lunch at the church and burial at 1:00 p.m. in Elmwood Memorial Park.  Services are under the direction of The Hamil Family Funeral Home, 6449 Buffalo Gap Road, Abilene.

Dorothy was born at Itasca, Texas, on July 8, 1923, to Benjamin Columbus Cook and Jesse Yates Cook.  She went to school at Stanton, Texas, through junior high, and graduated from Midland High School in 1941, one of the classes most impacted by the U.S.’s entry into World War II.  Her response to the war was to move to Fort Worth, Texas, and join the defense effort as an early member of the “Rosie the Riveter” workforce.  She was quickly promoted from riveter to inspector of B-24 bomber production, which was a source of great pride for her and led to her meeting Carl Harper, whom she married on January 26, 1943.

After the war, they moved to Abilene to work together at Harper’s Café, a family business and popular downtown restaurant.  Dorothy was also a loving and enthusiastic stepmother to Zane Harper, Carl’s young son.  She and Zane retained a special relationship throughout her life.  After a few years, Dorothy and Carl moved to Wylie and had three children, Dana Mark, Melanie, and Kim, and Dorothy became a full-time wife and mother.  She showered her children and many of their friends with love and attention, always gladly welcoming and feeding them. When her children were grown, she returned to work in retail, spending many years with JC Penney Co.

Throughout her time at Wylie, she was a devoted member of Wylie Baptist Church, with approximately fifty years of service in the choir, retiring only a few years ago.  Dorothy especially treasured her thirty years of participation in the Living Christmas Tree program.  Many of her closest lifetime friendships were formed in that choir. She was also an active Sunday School class member, earning fame for sharing her delicious pies, cakes and ice creams at many church events, including funerals, weddings, and showers.

In her final years, Dorothy lived in several wonderful assisted living facilities. She leaves friends and wonderful caregivers at each of those homes. Special thanks are offered to her caregiver Maggie Picon, together with Pedro and the entire family for their unending devotion and assistance. Dorothy is survived by her children Zane and wife Erika, Melanie and fiancé David, and Dana Mark.  Her son Kim and husband Carl predeceased her. Dorothy is also survived by her grandchildren Tanja Boney (Tim), Gina Gilbert (Jeff), Tiffany Reid (Jeremy), Lindsey Harper, Elena Barnes, and Blaire Barnes, nine great grandchildren, and two great, great grandchildren, as well as many beloved cousins, nieces and nephews.  None of us will ever forget her.

Memorial gifts may be made to Wylie Baptist Church Choir Fund, 6097 Buffalo Gap Road, Abilene, TX 79606, or the children’s charity of your choice.

To order memorial trees or send flowers to the family in memory of Dorothy Juanell Harper, please visit our flower store.