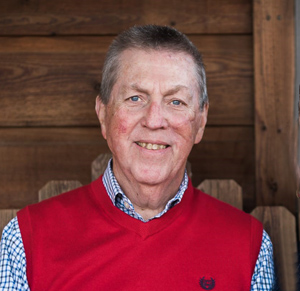 Memorial services will be held at 10 am on Wednesday, November 10, 2021, at Pioneer Drive Baptist Church with Dr. John Whitten officiating. Services are under the direction of The Hamil Family Funeral Home, 6449 Buffalo Gap Rd.

Dennis was born in Snyder, Texas to C.E. “Bus” Laster and Edna (Motley) Laster on August 3, 1949. He went to school in Snyder, graduating from Snyder High School. He also graduated from McMurry University with a Bachelor of Business Administration. He worked for West Texas Utilities (which later became American Electric Power) for 35 years. He married Cynthia Manning on May 12, 1979, in Clarendon. Dennis was an active member of Pioneer Drive Baptist Church, serving as an active deacon and as a valuable member of the Gathering Worship Committee and the Church Planning Committee. Through the church, he was also actively involved in Church Builders of Texas and the Nehemiah Ministry. He was very active in several clubs and held leadership positions in many of those over the years, including the Chamber of Commerce, Goodwill, Hendrick Hospital Board, Expo Center Board and Kiwanis International, where he served as President twice and as chairman of many committees (scholarship committee, ag committee, and Ramp committee).

Dennis was preceded in death by his parents, and one brother, Jim Laster.

Memorials in Dennis’s honor may be made to Pioneer Drive Baptist Church Building Fund or Kiwanis Club of Abilene.

To order memorial trees or send flowers to the family in memory of Dennis Ray Laster, please visit our flower store.