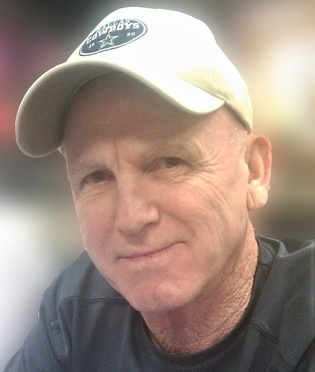 David Simpkins was born in Anson, Texas to O.B. and Opal Simpkins on October 11th, 1943.  He attended Abilene High School after which he met and dated Martha Archibald before moving to Fort Worth for a short time. On his return to Abilene, he proposed and married Martha on October 10th, 1970 in Abilene, Texas.

David worked as a Supervisor for the City of Abilene Water Department for over 25 years.  Prior to that time, he worked with his father O.B. at the family-owned service station where his love of cars (and working on them) was born. He served in the Army National Guard and was honorably discharged in 1970. In his later years, he enjoyed going to the Abilene High Eagle football games with his wife Martha. They also enjoyed going to the Rose Park Senior Center together where they would eat lunch and he played pool with his buddies.

David was preceded in death by his wife Martha, parents, and siblings Douglas Simpkins, Delores Towery and Vickie Waller.

Memorials can be made in David’s honor to The Kidney Foundation, www.kidney.org .

The family wishes to extend our sincere thanks to everyone at Fresenius Kidney Care Lone Star in Abilene and the Rose Park Senior Center.

To order memorial trees or send flowers to the family in memory of David Earl Simpkins, please visit our flower store.