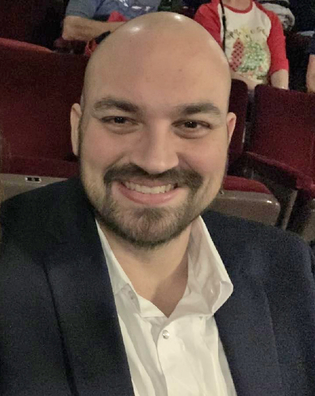 David Blake Anderson, 36, of Abilene, passed away on January 20, 2022 in Dallas Texas. Visitation will be from 5:00-7:00 p.m. Thursday, January 27 at Hamil Family Funeral Home of Abilene. Funeral services will be held at 10:00 a.m. Friday, January 28 at First Baptist Church Abilene, with C.V. Blake of First Baptist Church Abilene, officiating. Burial will be at Evergreen Cemetery, Saturday, January 29 at 3:00 p.m. in Stanton, Texas with David Harp of First Baptist Church Stanton, officiating Blake was born in Midland, Texas to David and Terri Anderson on December 12, 1985. He graduated from Stanton High School in 2004. He graduated from Howard Payne University in 2013 with a Bachelor's degree in Church Music. He met the love of his life, Clarissa Toler, at HPU. They were married on April 30, 2016 in Dallas. He was the manager/locksmith at Pop-A-Lock in Abilene. He was a Deacon at First Baptist Church Abilene, and was very active especially in the music program, where he was a member of the Praise Team. He enjoyed singing, cooking, taking his boys to the zoo and just being with his family whom he loved dearly. Blake was preceded in death by his paternal grandparents, R.O. and Allie Anderson and maternal grandmother, Nelda Turner. Blake is survived by his wife, Clarissa; sons, Jacob David and Logan Glen; brother, Chase Anderson and wife Hayley; brother, Nathan Anderson; parents, David and Terri Anderson; grandfather, Wade Turner; niece, Keely Anderson; nephew, Brylan Anderson; father and mother-in-law, Doug and Robyn Toler; brother-in-law, Wesley Toler; grandfather-in-law, Glennis Hedrick. Pallbearers will be Darryl Williams, Harry Doshier, Frank Chapa, Marcus Spencer, Josh Pardee and Sean Morgan. The family suggest memorials to your favorite charity. The family wishes to extend our sincere thanks to the doctors and nurses of Baylor Scott and White of Dallas, First Baptist Church Abilene and First Baptist Church Stanton and all that prayed for Blake.
To order memorial trees or send flowers to the family in memory of David Blake Anderson, please visit our flower store.