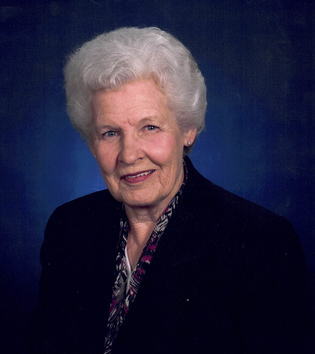 Cora Mae Price Isenburg, 87, of Merkel, passed away Thursday, July 16, 2020 in Abilene. Cora was born May 2, 1933 to Hershell and Jessie (Cook) Price in the Delk Community near Hawley, Texas. She married John Washie (J.W.) Isenburg on August 19, 1950 in Abilene. He preceded her in death in 1997. She was a wonderful, loving wife, mother, grandmother, great-grandmother, and friend to so many others. Cora was a faithful member of Calvary Baptist Church in Merkel. She worked for both The Hamil Family Funeral Home and Elliott-Hamil Funeral Home as a funeral assistant. She had previously worked for Super Duper and Butcher Block in Abilene for several years. In addition to her husband, Cora was preceded in death by her parents; two brothers, Adrian Price of Sweetwater and Eldon Price of Wink, Texas; three sisters, Wenona Herron of Merkel, Daisy Stephens of San Angelo and Anita Watson of Sweetwater; and a grandson, Judah Blaine Reese. Cora is survived by two sons, Alan "Woody" Isenburg of Houston, and Gene Isenburg and wife Sarah of Potosi; a daughter, Debbie Row of Haltom City, Texas; five grandchildren, Lacy Isenburg, Jade Row, Jordan Row; Rusty Isenburg, and Dustin Phillips; six great-grandchildren, and a special friend, Robert Qualls of Abilene, as well as many nieces and nephews. Services will be held at Calvary Baptist Church in Merkel, Texas on Sunday, July 19, 2020 at 2:00 P.M. with Bro. Chris Fobbs officiating. Burial will follow services at Rose Hill Cemetery in Merkel under the direction of The Hamil Family Funeral Home, 6449 Buffalo Gap Road, Abilene. Visitation will be Saturday, July 18th from 5:00 to 7:00 P.M. at The Hamil Family Funeral Home. The family suggests that donations in Cora's memory may be made to Calvary Baptist Church of Merkel, 506 Runnels, Merkel, TX 79536.
To order memorial trees or send flowers to the family in memory of Cora Mae Isenburg, please visit our flower store.