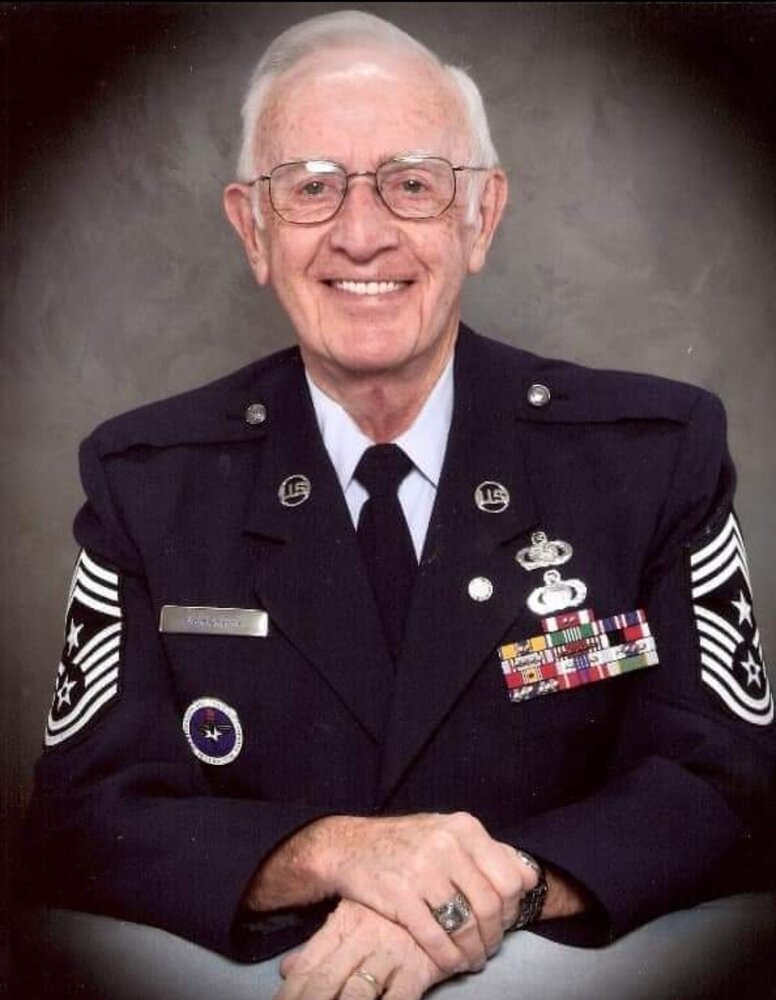 Bob Mehaffey, 90, of Abilene, TX, passed away on November 22, 2022 in Abilene.  Funeral services will be held at 10:00am on Monday, November 28th at New Hope Church, 3122 S. Clack, Abilene, TX with Pastor Chuck Farina officiating.  Visitation will be prior to the service.  Burial will be at 1:00pm at the Texas State Veterans Cemetery at Abilene.  Services are under the direction of The Hamil Family Funeral Home, 6449 Buffalo Gap Rd.

Bob was born in Canton, NC to Robert Odell Mehaffey and Addie Smathers Mehaffey on September 7, 1932.   He graduated from Lee Edwards High School in Asheville, NC and the University of the State of New York.  He joined the United States Air Force in September 1949 was so proud to serve for 27 years in the U.S. Air Force Security Service.  That career spanned Occupation Forces duty in Germany, the Korean and Vietnam Wars, as well as the on-going cold war with Russia and her allies.  He was still active in the Dyess Chiefs Group after his retirement in July, 1976.

His second career was with the Texas Department of Human Services as Regional Director of Business Services which covered 83 offices in 60 counties in West Texas.  During his 26 years there he made a tremendous number of friends, all of whom he greatly valued in his life.

Bob was preceded in death by his parents, his sisters Betty Sue Mehaffey, Helen Faye Poore, Catherine Irene Medford, and Jeraldine Mills, and his son, Robert Michael Mehaffey.  Sophia Mildred Mehaffey, the mother of his children, remained a dear friend until her recent death.

Bob took Lilith’s family as his own and is survived by Scott Smith and wife Cherisse of Lubbock; Joel Smith and wife Neika of San Angelo.  Grandchildren are Rachel, Jadon, and Jasmine.

In lieu of flowers, memorials may be given to missions through New Hope Church.

Special thanks to every medical person who touched our lives from the EMT crew to the staff at Hendrick Medical Center South.  Each of them was a blessing to us and we are thankful.

Bob’s message is, “I go to meet my savior knowing that the best is yet to come, and that the salvation I was offered and accepted is real, and that I will be with my many loved ones and friends who preceded me to Glory.”

To order memorial trees or send flowers to the family in memory of CMsgt Bob Mehaffey USAF (Ret), please visit our flower store.