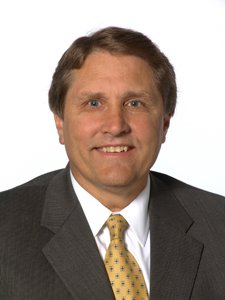 Charles Cleveland “Cleve” Whitener III, chairman and CEO of Lauren Engineers and Constructors, died Thursday, Feb. 20, 2020, in a Coleman County plane crash. Cleve, a friend Gary Morrison, and their pilot Chase Bellah were en route to a quail hunt on the family’s ranch near Harlingen. He was 70. A memorial service honoring Cleve’s life is planned for 2:00 p.m. Tuesday, February 25th at First Baptist Church of Abilene, 1333 North 3rd. A private graveside service will be held on Monday, February 24th. Services are under the direction of The Hamil Family Funeral Home, 6449 Buffalo Gap Road, Abilene. Born Sept. 22, 1949, in Waco, Texas, Cleve was the second of five children born to Mary Pearl (Miller) and Charles Cleveland Whitener Jr. He grew up in the Dallas area with two brothers and two sisters, graduating from Lake Highlands High School in 1968. As a multi-sport athlete, Cleve played on multiple LHS football, baseball, and basketball playoff teams, including the Lake Highlands ’68 State Basketball Championship team. He scored his first construction job in the building of the then new Lake Highlands high school. Cleve played football for Southern Methodist University, where he completed a Bachelor of Science degree in Mechanical Engineering. As a SMU senior and First Team Academic All-American, Cleve was one of two National Scholar-Athletes honored in New York with the 1972 “Red” Blaik Award (a precursor of today’s Campbell Trophy) for the nation’s best collegiate scholar athlete by the National Football Foundation. Subsequently, he attended the University of Texas at Arlington and Dallas Theological Seminary, completing graduate courses in business and religion. These three fields of study coalesced into the passion of his life, centered on his Lord Jesus Christ. Cleve met Becky Trickey while they were serving as leaders on a Young Life retreat in Colorado, and they married July 27, 1974, in Abilene, Texas. Their daughter, Lauren Elizabeth, was born while the couple lived in Atlanta, Georgia. Later, using his daughter’s name, Cleve created the mechanical engineering division, Lauren Constructors, Inc. as a subsidiary of the Comstock Group, to pursue industrial projects on an open shop basis. In 1988, he created Lauren Engineers & Constructors, Inc. as a holding company for three of the Comstock Companies and began doing design and build projects throughout the Southeast and Southwest. He relocated the company to Abilene in 1994. Under Cleve’s guidance, Lauren Engineering has achieved multiple state, national and international awards in innovation, safety, and project execution. Lauren engineering has created a worldwide footprint in engineering, procurement, and construction with projects in electrical power generation, chemical/polymers, refining and industrial manufacturing beyond the US from the west and east coasts of Canada, as well as in India and a number of other worldwide locations. Caring for the Lauren family, his own family and contributing to his community were central to his character. Competitive by nature in business and in life, Cleve was an avid sportsman who enjoyed time with friends and family on regular trips to hunt, camp, fly fish and snow ski. He was an active member of First Baptist Church and its Top of the Mesa Sunday School class. In Abilene, Cleve served as chairman of the West Central Texas Workforce Development Board and Harmony Family Services. He was a founding member of the board of directors for Bible Training Center for Pastors in Tucker, Georgia. He also served on the board of Fellowship of Companies for Christ International, FCCI. Through the Whitener Family Foundation he and Becky quietly support many local and international Christian organizations. For more than 20 years, Whitener provided scholarships to young people seeking careers in engineering, business and construction fields. He supported the Lantern Project, which provided construction skills training and disaster relief, and sent Lauren employees and their families on mission trips. Cleve was preceded in death by his father and a brother, Nathan. He is survived by his wife, Becky, and daughter Lauren, of Abilene; his mother, Mary of Southlake; brother, Sid and wife Sherri of Aledo; and two sisters, Cherry Rohe and husband Jamie of Denver, Colorado, and Nancy DePue and husband Jim of Colleyville, nephews Ethan and Austin DePue, nieces Courtney Whitener, Meagan Lewis, and Kristin Gustafson. He is also survived by Becky’s mother, Mary and husband Allen Wright of Abilene, Allen’s children, Erin and Yanni Tassoulas, Kelly and Cindy Wright, John Wright and their families; in-laws Cindy Corpening of Fort Worth, Charles Trickey, Larissa Trickey and their children Alyssa and Braden, nieces and nephews Brittany Miller, Brandy Barbee, Thomas and Matthew Sleutz. Those wishing to honor Cleve’s life may do so with memorial gifts to any organization, church or charity that strives to bring the work and gospel of Jesus Christ to our community and the world, or to any charity of your choice.
To order memorial trees or send flowers to the family in memory of Cleve Whitener, please visit our flower store.