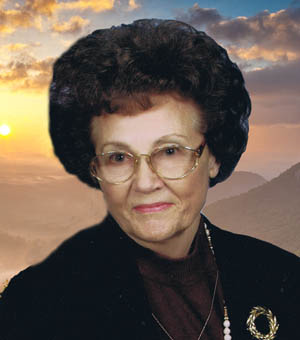 Alma Christine Whitlock (Chris) was born October 3, 1926 to Vera Blanche Whitlock and Amos Norris Whitlock in Comanche County, Texas. She passed away peacefully in her sleep Tuesday morning, October 1, 2019. Chris was raised on a farm with two brothers, A.J. and Burlin, learning how to grow crops, raise animals and care for the farm.  She was an avid reader from an early age, which gave her a much broader view of the world than was otherwise afforded a “farm girl” in Comanche County. Chris accepted Jesus Christ as her Lord and Savior as a young teenager and was baptized with her brother A.J. in Copperas Creek across the road from Stag Creek Baptist Church on Highway 36 in Comanche County.  She graduated from May High School in 1944 as Valedictorian of her class. She then attended and graduated from Cisco Junior College. While there, she worked in the Baptist Church teaching Girls in Action (G.A.’s) and Sunday School.

Chris then moved to Abilene and began working at McMurry College where she met the love of her life, Lamar H. Moore, Jr., through mutual friends in Abilene. Despite her briefly keeping him in suspense about his proposal, they were married within four months of meeting on October 9, 1948 and spent over 69 years together as husband and wife. Chris and Lamar had four beloved sons: Gary Lynn Moore, who passed on from this world in infancy; Lamar Hilliard Moore III (Hillary), Ted Alan Moore, and Kim Jay Moore. These boys were her pride and joy, and she spent countless hours teaching and training them and involving and supporting them in sports, music lessons, swimming, and church. She taught all three of the boys to drive, letting them drive her station wagon around the back-country roads of Abilene for hours and hours. Their constant energy was well-matched by her tireless love of and devotion to them.

Even with the continual and joyful demands of motherhood, Chris embraced involvement in her church and the community, found time to open a business, and spent time with friends. She was a Sunday School teacher at Pioneer Drive Baptist Church for most of her adult life. In 1956, Chris joined the Abilene Women’s Club where she served on many committees and as its President. In later years, Chris opened and ran three health food stores, Chris’ Nutrition Centres, in Abilene with a fourth branch in San Antonio as well. These stores were both a very successful business and a ministry to the many women who worked with Chris in this endeavor as she managed the real estate, employees, and merchandise. She actively participated in book clubs and also was a member of GRQ - Get Rich Quick - a stock market investment group of women. She raised the eyebrows of more than one of her grandchildren when she asked what they thought about the problems Apple was having with their new iPhone. Chris also built lasting, intimate friendships that only deepened with the passing decades and culminated in creating a loving village for her family.

Chris was a very loving, loyal, faithful Christian exhibiting a servant spirit with no job being too small or too menial for her to tackle.  She took care of and supported her mother in her later years, and also her mother-in-law in her declining years.  She was a rock for her boys, always having words of encouragement and love to share with them and keeping in touch with each on a regular basis after they left home. As the boys married, she was a wonderful mother-in-law to her daughters-in-law, and she intentionally built relationships with each of her grandchildren and delighted in the antics of her great-grandchildren.

Predeceasing Chris are her husband Lamar, her parents, Vera and Amos Whitlock, her infant son Gary, and two brothers, A.J. and Burlin.

Visitation will be Friday, October 4, 2019 from 4:30 pm to 6:00 pm at The Hamil Family Funeral Home, 6449 Buffalo Gap Road, Abilene. The graveside service will be held Saturday, October 5, 2019 at 10:30 am at Elmwood Memorial Park. A celebration of Chris’s life will follow at 1:00 pm in the sanctuary of Pioneer Drive Baptist Church, 701 S. Pioneer Dr., with Dr. Jeff Reid officiating. Honorary pallbearers will be Chris’s grandchildren.

In lieu of flowers, the family requests that donations be made to Pioneer Drive Baptist Church, the Abilene Women’s Club, Baylor University’s Chris and Lamar H. Moore, Jr. Endowed Scholarship Fund, or the charity of your choice.

To order memorial trees or send flowers to the family in memory of Chris Moore, please visit our flower store.