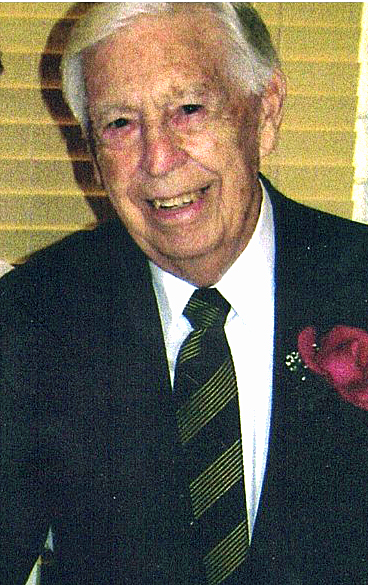 Charles Gordon Hogsett, Jr., 93, of Abilene, died on August 14, 2019 in Abilene, Texas. Visitation will be from 4 - 6 PM, August 17, 2019 at The Hamil Family Funeral Home, 6449 Buffalo Gap Road. Funeral services will be held at 3:00 PM, Sunday, August 18, 2019 at Potosi United Methodist Church with Derrell Patterson and Charles Dunnam officiating. Services are under the direction of The Hamil Family Funeral Home, 6449 Buffalo Gap Road. Charles G. Hogsett, Jr. was born 3 miles northeast of Roby, Texas to Charles G. Hogsett, Sr. and Elizabeth Parker Hogsett on December 31, 1925. He attended school in Rotan, Texas and graduated from Rotan High School. He graduated from McMurry College in 1947 majoring in Chemistry. From 1947 to 1949 he attended the University of Texas in Austin pursuing a Master's Degree in Chemistry. He married Mary Priscilla Killough on July 21, 1949 in Wichita Falls, Texas. In 1949, Charles opened the first Chevrolet dealership in Roby, Texas. In 1955, their only child, Tim, was born in Sweetwater, Texas. In 1956, he purchased a partnership in a Chevrolet dealership in Merkel, Texas. In 1958, he purchased and opened a Chevrolet dealership in Munday, Texas. While in Munday, he was elected president of Muntex Corporation, which opened the first refrigerated storage facility for locally grown vegetables. He was also president of the local Lions Club and was otherwise involved in many Munday city activities and Munday First Methodist Church. In January of 1967, the family moved to Abilene, Texas where Charles accepted an administrative position at McMurry College. He became the first director of Alumni Services and later he took on added responsibility for Development and Planned Giving. Charles travelled extensively in the Northwest Texas and New Mexico Methodist conferences raising funds, visiting churches and promoting McMurry College. He retired from McMurry in 1989 after a long and successful career. Charles encouraged Mary's brilliant artwork and continued to treasure her paintings after her untimely death. They also travelled extensively together. Mary died on February 22, 1983. Charles married Marvine Cook Williams on December 30, 1984. They enjoyed traveling in their RV, square dancing, and many other activities until her death in May of 2007. On October 4, 2008, Charles married Edna Alexander Haynes at Potosi Baptist Church. Charles said many times that this was one of the most satisfying periods of his life. They enjoyed several cruises together and other travel. They found that they could share many happy experiences together as mature adults. In September of 2016, Charles and Edna moved to Wesley Court in Abilene where they continued to enjoy their life together until Charles's death. Charles was preceded in death by his parents and spouses Mary and Marvine. Charles is survived by his son Tim Hogsett and wife Cathy of Buda, Texas, and granddaughter Holly Elizabeth Hogsett. He is also survived by his wife Edna and her son Steve Haynes and wife Nancy and her daughter Edwinia Haynes-Foster, all of Abilene, Texas. He is also survived by five step-grandchildren and thirteen step-great grandchildren. Memorials may be made by sending donations to The WipeDiseases Foundation at WipeDiseases.org or mailed to 8403 Rochelle Road, San Antonio, TX 78240.
To order memorial trees or send flowers to the family in memory of Charles G. Hogsett, Jr., please visit our flower store.