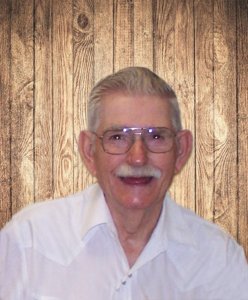 Carroll Lee Parks, 85, of Abilene, passed away Thursday, August 22, 2019 at Hendrick Medical Center. He was born on February 4, 1934 in Wingate, TX to Robert Parks and Clara Scott Parks. Visitation will be held at The Hamil Family Funeral Home, 6449 Buffalo Gap Road, on Monday, August 26, from 6 PM until 8 PM. Funeral Services will be Tuesday, August 27, at Crescent Heights Baptist Church, 1902 N. Mockingbird Ln, at 10 am with Herb Wood and Rudy Fambrough officiating. Burial will be at Wingate Cemetery at 2 PM. Carroll, known to his family as Charlie, came to the Abilene area from Ballinger in the 1950s. He was a member of Central Baptist Church for over 30 years where he served as an Officer. Charlie worked for the City of Abilene Street Department for 42 years and eight months. He enjoyed playing the fiddle and harmonica. Charlie never met a stranger and was never without words; he was a wonderful storyteller and loved to tell jokes. He loved listening to traditional Christian music. He was a "Jack of All Trades," but a master of none. Charlie was a loving husband, father, and grandfather, and he will be missed dearly by his family. Charlie was preceded in death by his parents, Robert and Clara Parks, five brothers and one sister. He is survived by his wife, Ludie Parks; sons, Roy Parks (Fay), and Greg Parks; grandchildren, Shayann Parks, Katelyn Hinkle (Evan), Ethan Parks, and Makenah Parks, as well as numerous nieces and nephews. Condolences may be submitted and memories may be shared online at www.HamilFamilyFuneralHome.com
To order memorial trees or send flowers to the family in memory of Carroll Lee Parks, please visit our flower store.