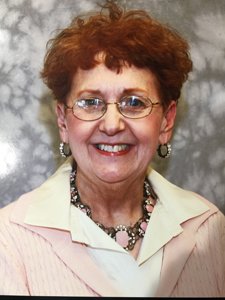 Visitation will be 6:00 pm – 8:00 pm, Wednesday, July 17th, 2019 at The Hamil Family Funeral Home. Funeral services will be held at 10:00 am on Thursday, July 18th, 2019 at First Baptist Church of Abilene with Dr. Philip Christopher officiating. Burial will follow at Elmwood Memorial Park.  Services are under the direction of The Hamil Family Funeral Home, 6449 Buffalo Gap Road.

Carolyn Short Rinard was born in Rotan, Texas on May 21st, 1945, to Ila Bell Brewer and Kenneth Cameron Short.  After moving to Abilene, she attended Fannin Elementary, North Junior High School, and Abilene High School. She graduated with a degree in Biology and a minor in Chemistry from Hardin-Simmons University in 1967.  She married Stephen Meade Rinard of Breckenridge, Texas on November 19th, 1966.  She began her teaching career at Thomas Jefferson High School in Dallas, and both Franklin and Mann Middle School in Abilene. Carolyn began her longest placement at Cooper High School in 1984, and covered the Biology department by teaching both Biology, Pre-Ap Biology, and AP Biology.  She was a true Cooper Cougar and involved herself in many organizations such as her various offices in the Cooper Band Booster Club for eight years, Freshman class sponsor for 13 years, and co-sponsoring National Honor Society until her retirement in 2015.  She has been named Outstanding Faculty Member of Cooper High School in 1999-2000, along with Yearbook dedicatee in 2000-2001. Carolyn was proud of her affiliation with the Junior League of Abilene, and eventually became a sustainer.  She followed in the steps of her grandmother and joined the Eastern Star Organization. She was an active volunteer at Rescue the Animals, while rescuing 15 Cocker-Spaniels.  Carolyn enjoyed being a member of the Board of the Abilene Ballet Theatre. She was a leader in Girl Scouts of America.  She was named Volunteer of the Year at Allie Ward Elementary in 2016.  In retirement, Carolyn was a dedicated grandparent attending numerous sporting events, recitals, musicals, and award programs.  Her favorite past times were watching the Hallmark channel, shopping for antiques, reading John Grisham books, and cheering for the Baylor University Bears, where both her children graduated from college.

Carolyn Rinard was preceded in death by her parents, her husband of 40 years, her brother, Kenneth Cameron Short II and sister-in-law, Kathee Short.

To order memorial trees or send flowers to the family in memory of Carolyn Short Rinard, please visit our flower store.