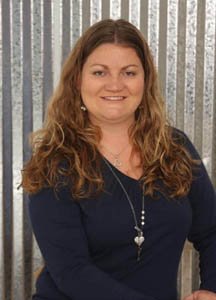 “I have fought the good fight, I have finished the race, I have kept the faith.” After a ten-year battle with cancer, Callie Gideon Chavana left this world to find comfort in the arms of Jesus. She passed peacefully at home, surrounded by her loved ones, on September 2, 2020, at the young age of 38. Memorial Services will be 3 PM Saturday, September 12, at Trinity Baptist Church – 871 Woodlawn Dr. – officiated by Kevin Kennedy and Ernie Long. Reception to follow at 5 PM at the T & P Event Center, 901 N. 1st. The services will be livestreamed on the Facebook page of “Callie Gideon Chavana.” Callie was born December 27, 1981, in Abilene, where she lived until age 14. She was a member of Trinity Baptist Church, where she attended as a young girl and continued to attend with each visit to Abilene. In March of 1996, she, along with her parents and brother, moved to Morris, Illinois, and two years later in 1998, they moved to what Callie considered her dream home: Kwajalein, Marshall Islands. Callie became an island girl and graduated from Kwajalein High School in 2000. After a year at Texas A&M University, she returned to Abilene where she graduated from nursing school, and met her husband, Tony Lee Chavana. They lived in Abilene; Kwajalein, Marshall Islands; Madison, Alabama; and Murphy, TX, as they raised their three children. While living in Kwajalein, Callie worked as an automation specialist for the U.S. Army Space and Missile Defense Command. After only six months on the job, at age 29, Callie was recognized in the “Army Spotlight” of the U.S. Army Magazine. She was known all over the island as “The Party Planner.” She was hired by many families to plan birthday parties for their children. Callie was also the beloved gymnastic coach and softball coach for many children on the island, as well as playing on the adult softball league. One of her favorite hobbies was basket weaving and she shared that love through teaching others to weave. Callie always had a special talent in interior design. When living in Murphy, she remodeled their home with “Country Chic,” and with each holiday, their home overflowed with holiday décor. She was a loving and devoted mother to her three children. Every birthday and every holiday were a huge celebration. Her children gave her purpose and strength to keep fighting her disease. Callie was in and out of the hospital many times during her fight with cancer. During those times in her life, she became close friends with some of her nurses. They admired her courage, her knowledge of medications, and her will to live. Even the doctors were amazed by Callie’s determination. Callie often shared her testimony, always believing with her favorite scripture being Mark 9:23, “All things are possible for those who believe.” She always told others how very blessed she was to have such wonderful and supportive family and friends. Callie is now resting in the arms of her Savior and has no more pain. Callie is survived by her devoted husband, Tony Lee Chavana, and their three beautiful children: Alakai, Nakai, and Silas Chavana, all of Murphy, Texas. She is also survived by her loving parents, Flynn and Lana Gideon of Kwajalein, Marshall Islands. Her mother, Lana, was her constant caregiver and her best friend. Callie is survived by her beloved brother, Jeremy Flynn Gideon and wife Sheila, their son Jax, and their newly born twins, Jase and Siena of Houston, Texas. Also survived by her grandparents, Curtis and Sarah Davis of Abilene, and by her mother-in-law, Candy Chavana of Abilene. She also leaves behind her father-in-law, Antonio Chavana and wife Laura of Ft. Worth, and her sister-in-law, Crystal DeLeon and husband Juan, and their children Alexander and Kori of Abilene. She is further survived by many aunts, uncles, nieces, nephews, and cousins who loved her dearly. Two of her aunts were often her caregivers: Destry Gideon and husband Benny, and Sonja Smith and husband Don, all of Abilene. She is survived by so many loved ones and friends who faithfully prayed for her. In memory of Callie, donations may be made to Hope Cancer Retreat in Splendora, Texas, 26904 Brentwood Rd, Splendora, TX 77372, where Callie stayed many nights during her treatments at MD Anderson, and where the owners, Jenny and Larry Jackson, became family. Memories may be shared and condolences submitted online at www.HamilFamilyFuneralHome.com
To order memorial trees or send flowers to the family in memory of Callie Mashae Chavana, please visit our flower store.