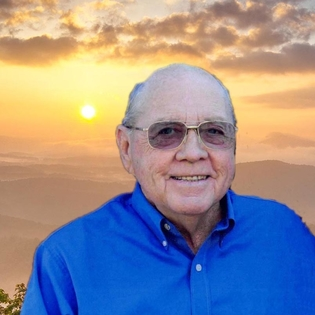 Don "Pa Pa" Adkins, 76, of Henrietta, formally of Rochester, passed away on August 20, 2019 at his home. Visitation will be 10:00 to 11:00 A.M. on Saturday, August 24, 2019 at the First Baptist Church in Rule. Funeral services will begin after visitation at 11:00 A.M. Don was born May 1, 1943 in Knox City to Wilburn and Kathryn Adkins. Don attended school at Rochester, where in 8th grade he met the "new girl" in school, Jeanette LeFevre. From that moment on they never dated another and shared a love that many only dream of sharing for over sixty one years. They married in Rochester, Texas on October 5, 1961. Their marriage was Blessed with three sons Donald, Bill and Howell – their Sons meant the World to Don and Jeanette. Over the sixty-one years they were seldom apart until Jeanette went home six months and three days to get things ready for Don's arrival. Don lived a very interesting and fulfilled life having served in a capacity for the FBI in Dallas, Texas for many years and later with the Department of Defense as Project Manager for the U.S. Embassy in Cairo, Egypt. Don's most favorite memories were his time spent in the fields of Haskell and Knox County with his family and the horses and animals he loved so dearly. Don had and amazing way with people, his warmth and compassion could be felt the moment you met him. Don is preceded in death by his parents, wife Jeanette, siblings Sam Adkins and Pam Elmore and son Jeff Adkins. Don is lovingly survived by his children Donald and Pat Adkins of Sweetwater, Texas, Bill and Sharon Adkins of Henrietta, Texas and Howell and Corey Adkins of Rochester, Texas, Corey Adkins and wife Jana of Abilene, Heather Garrett and husband Donald of Rockwall, Texas. Two brothers Bud Adkins and wife Beverly, of Lake Stamford, Texas, Mike Adkins and wife Delanie, of Rochester, Texas, Aunt Joyce Adkins Turner, of Rule, Texas. Grandchildren Jennifer Adkins, Ace Adkins, Kandice Patterson, Krystal Adkins, Mahrya Cazorla, MaKayla Adkins, Tanner Rhea, Quinton Adkins and KJ Adkins and Thirteen Great-Grandchildren, and a host of beloved nieces and nephews. In addition, his side kick and constant companion Jonathan.
To order memorial trees or send flowers to the family in memory of Billy Don Adkins, please visit our flower store.