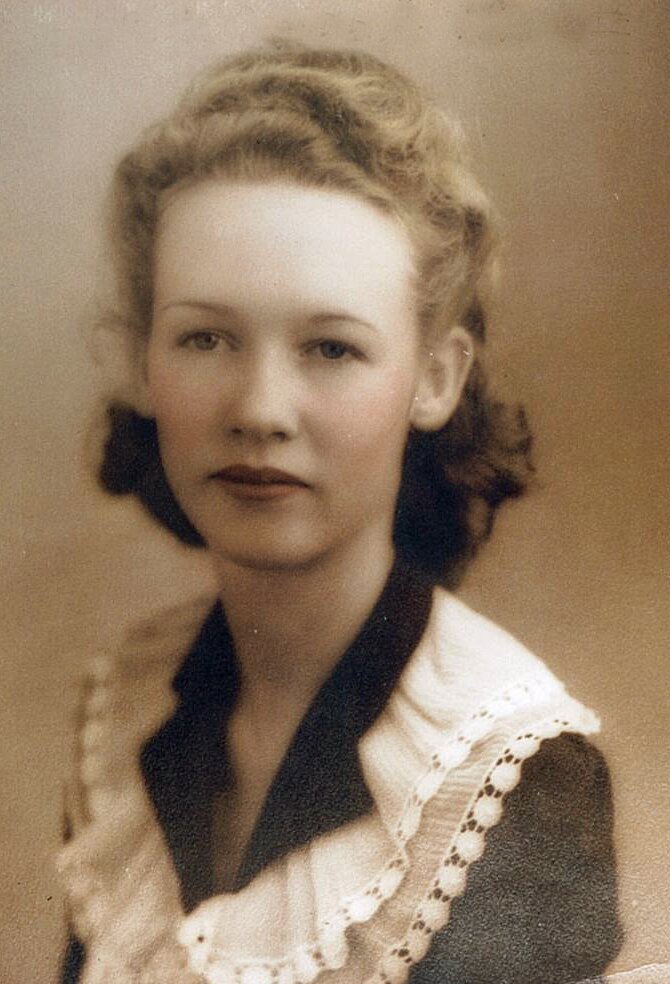 Billie Jane Breeding, 97, of New Braunfels and previously of Abilene, passed away Monday, April 4, 2022 in New Braunfels. She was born Billie Jane Stewart to Otis and Jimmie Stewart on April 3, 1925, in Sipe Springs, TX.

Graveside services will be held at 1:00 pm on Saturday, April 9 at Elmwood Memorial Park. Services are under the direction of The Hamil Family Funeral Home, 6449 Buffalo Gap Road.

Billie married Vernon Breeding on June 5, 1949 in Abilene. She was a member of the Callahan Chapter #242 Order of the Eastern Star, as well as the Ladies Auxiliary of the VFW. During World war II, she worked in the North American Aircraft Factory in Grand Prairie. Billie worked in accounts receivables for Merchant Motorlines for 23 years.

She was preceded in death by her parents, one son, Robert Allen Breeding and wife Mary, and her two brothers, Jack and Robert Stewart.

In lieu of flowers, memorials may be made to West Texas Rehab.

To order memorial trees or send flowers to the family in memory of Billie Jane Breeding, please visit our flower store.