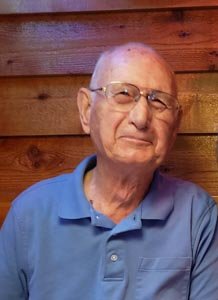 A memorial service will be held at 11 am on Saturday, February 13, at Wylie Baptist Church with Rev. Mike Harkrider officiating.

Bill Placker was born in Menard County to Joe and Fern Placker on January 2, 1937. He went to school in San Antonio, Texas. He graduated from Sam Houston High School and attended San Antonio College earning a 2-year degree in Drafting. He married JoAnn Stone on August 31, 1957 in San Antonio, Texas. He worked as a draftsman for Besser/Appco for 43 years and was involved in local church life to include serving as a Sunday school director, youth Sunday school leader, and as a Deacon for 63 years at 3 churches.

Memorials may be given to Wylie Baptist Church Missions or a charity of your choice.

The family of Bill Placker wishes to extend our sincere thanks to the doctors and nurses at Hendrick Medical Center South for their care during Bill’s stay. We would also like to thank the Heart to Heart Sunday School Class for their prayers and support to the family during this time

To order memorial trees or send flowers to the family in memory of Bill Placker, please visit our flower store.