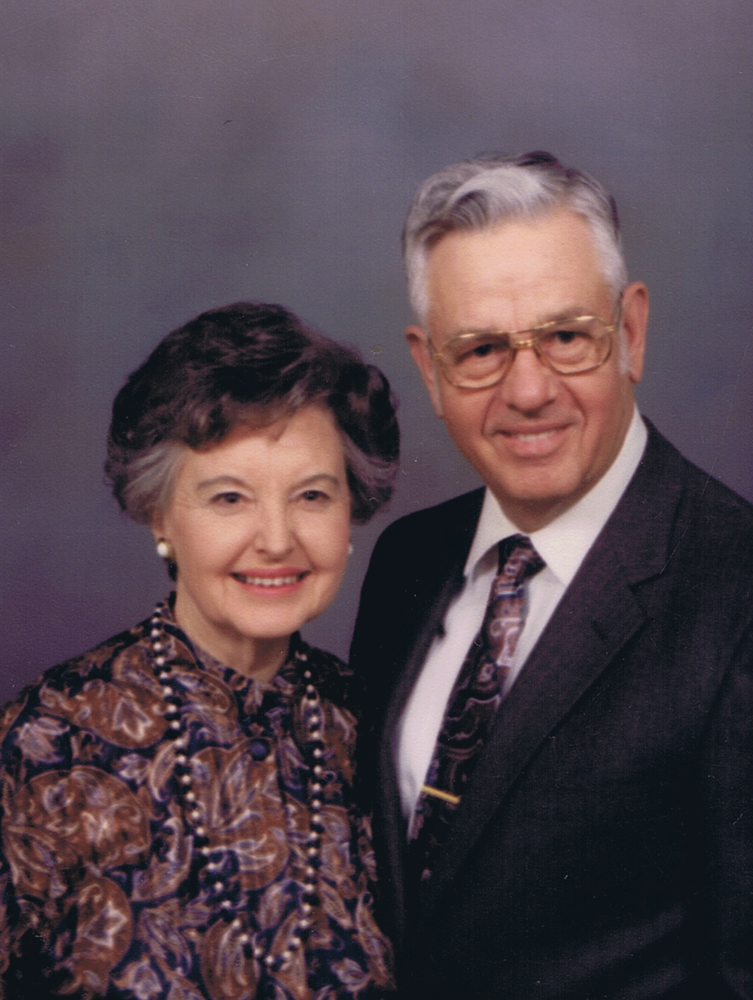 Joe and Betty Casey walked together as man and wife on this earth for nearly 72 years. On May 9, Betty crossed the threshold from this earthly life to heaven and was joined by Joe the next day, May 10, where they will spend eternity together. Betty Ann Dean was born on November 6, 1930 to Ray and Vada Dean in the farming community of Shep, Texas. She graduated from Blackwell High School and briefly attended Abilene High School during the war years. William Joseph Casey was born to J.T. and Ethel Casey on August 9, 1926 outside of Winters, TX. During his teen years the family moved to a farm in Shep where he first met Betty. In 1944, Joe joined the Army and began training for the invasion of Japan. After the war he became a part of the occupying forces in both Japan and Germany. Betty and Joe were married on September 4, 1948 and moved to Abilene. He soon started a career as a tile installer and in 1952 they founded Joe Casey Tile and Supply Company, a 68 year old business now known as Casey's Tile and Carpet One. The couple worked tirelessly together to build a business and raise their family. Their unending love for each other and their firm faith in their redeemer, the Lord Jesus Christ, united them as they faced the ups and downs of raising a family and building a business. As longtime members of Abilene Bible Church they served their Lord together in ministry both in the church and in Gideon's International. Their love for God and his word provided a spiritual foundation for their children and future generations. Betty and Joe are survived by their children Bill and Nancy Casey of Abilene, Carroll and Kathy Casey of Liberty Hill, Gary and Suzanne Casey of Abilene, Brent and Carol Casey of Abilene, and Elizabeth and Brent Burns of Abilene along with 14 grandchildren and their spouses, 19 great grandchildren and numerous nieces and nephews. Joe is also survived by a sister, Sarah Doucette and a brother Dick Casey and his wife Hazel. Betty was preceded in death by her parents and a brother, Darrell Dean. Joe was preceded in death by his parents, a sister, Jane Dean, and his brothers John Casey and Ray Casey. Services are under the direction of The Hamil Family Funeral Home. Visitation is Wednesday, May 13, 2020 from 5:00-7:00pm at The Hamil Family Funeral Home, 6449 Buffalo Gap Road. A graveside service will be at the Shep Cemetery at 1:00 pm, Thursday, May 14 followed by a fellowship at the nearby Casey Farm. Shep Cemetery is near the corner of County Roads 1086 and 223 in Southwest Taylor County. The family extends a special thanks to all the staff and caregivers at Windcrest Health and Rehabilitation, and Hendrick Hospice Care. Joe and Betty may be honored by supporting The Gideon's International, Hendricks Hospice, or Alzheimer research.
To order memorial trees or send flowers to the family in memory of Betty Ann Casey, please visit our flower store.