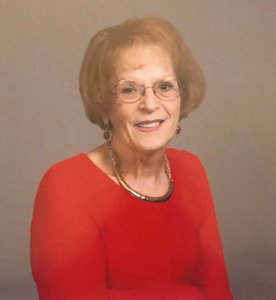 Barbara Sue Beasley was born January 1, 1942 in Dublin, Texas to Elsie Mae (Hutton) Allman and Harley Gilmore Allman.  She died in Abilene, Texas at Hendrick Inpatient Hospice Center on November 26, 2019 peacefully in her sleep with family by her side and Jesus in her heart.  Barbara survived pancreatic cancer and fought a courageous battle against lymphoma.

She was a member of the Episcopal Church of the Heavenly Rest, with many years of singing in the choir.  She dedicated her free time to assisting with hospital visitations of church members and volunteering at the Thrift House.  She was also an active member in Abilene Retired Teachers Association.  Her teaching career of math and science not only consisted of Norman, Oklahoma and Joplin, Missouri, but also area schools, such as Abilene High School, Eula, Jim Ned and Wylie.  Barbara cared for her students much like her own children.

She is survived by her children, son, Dr. Craig Beasley and his wife Della of Abilene, Texas and daughter, Stacy Kuenn and her husband Kevin of Cody, Wyoming.  Barbara has three grandchildren, Brianna Beasley of Abilene who attends Texas A&M and Brady and Jack Kuenn of Cody.  She is also survived by three step-grandchildren, Jim Lee and wife Amie of Baird, Willie Lee and wife Jennifer of Abilene and Cara and husband Tyler Becker of Thiensville, Wisconsin. She has six step-great-grandchildren, James Tuffs and, Alyssa, Jason, and Jonah Lee of Baird, Haley and Parker Lee of Abilene and Bennett Becker of Thiensville.  Barbara is also survived by niece, Mary E Weston Bennett and her husband, Doug of Hawley, her great niece Brittany Worrell and K.K Frances and their children, Kayson and Brooklynn Frances of Ponder, Texas, and great nephew, David Wilson of Alabama.

She leaves a sweet, but fierce guard dog, a little Maltese named Emmy.

A memorial service will be held at 11:00 am on Friday, December 6, 2019 at the Episcopal Church of Heavenly Rest.  Cremation arrangements were by The Hamil Family Funeral Home, 6449 Buffalo Gap Road.

In lieu of flowers, the family requests donations to Episcopal Church of the Heavenly Rest, 602 Meander, Abilene, Texas 79602 or to the Clark Beasley Summer Research Stipend at McMurry University,1400 Sayles Blvd.  Abilene, Texas 79697.

All that were touched by her in their lives, know her as a joyful and loving soul.

The guest book may be signed and condolences submitted online at:  www.HamilFamilyFuneralHome.com

To order memorial trees or send flowers to the family in memory of Barbara Sue Beasley, please visit our flower store.